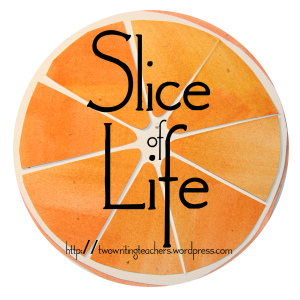 Two Writing Teachers Slice of Life March Challenge 2016
This March, more than 300 teachers have committed to daily writing. If you’d like to read more “slices” (from other teachers and even students), visit: twowritingteachers.wordpress.com/challenges.