I was quite excited when my good friend Ruth Thompson asked me to participate in the "My Writing Process" Blog Tour.  I met Ruth three years ago at my first AROHO (A Room of Her Own) summer writing retreat at Ghost Ranch.  Since that time we have become fast friends, close enough to risk bunking together at the 2013 retreat.

Since the beginning of this blog tour, I have had a wonderful time reading the wide range of writers' answers to these four questions, especially those of Ruth and other AROHO sisters, Esther Cohen, Tania Pryputniewicz and Marlene Samuels.  What a joy to read each person’s responses and learn more about her.  It is an honor to join their ranks.

What are you working on right now? 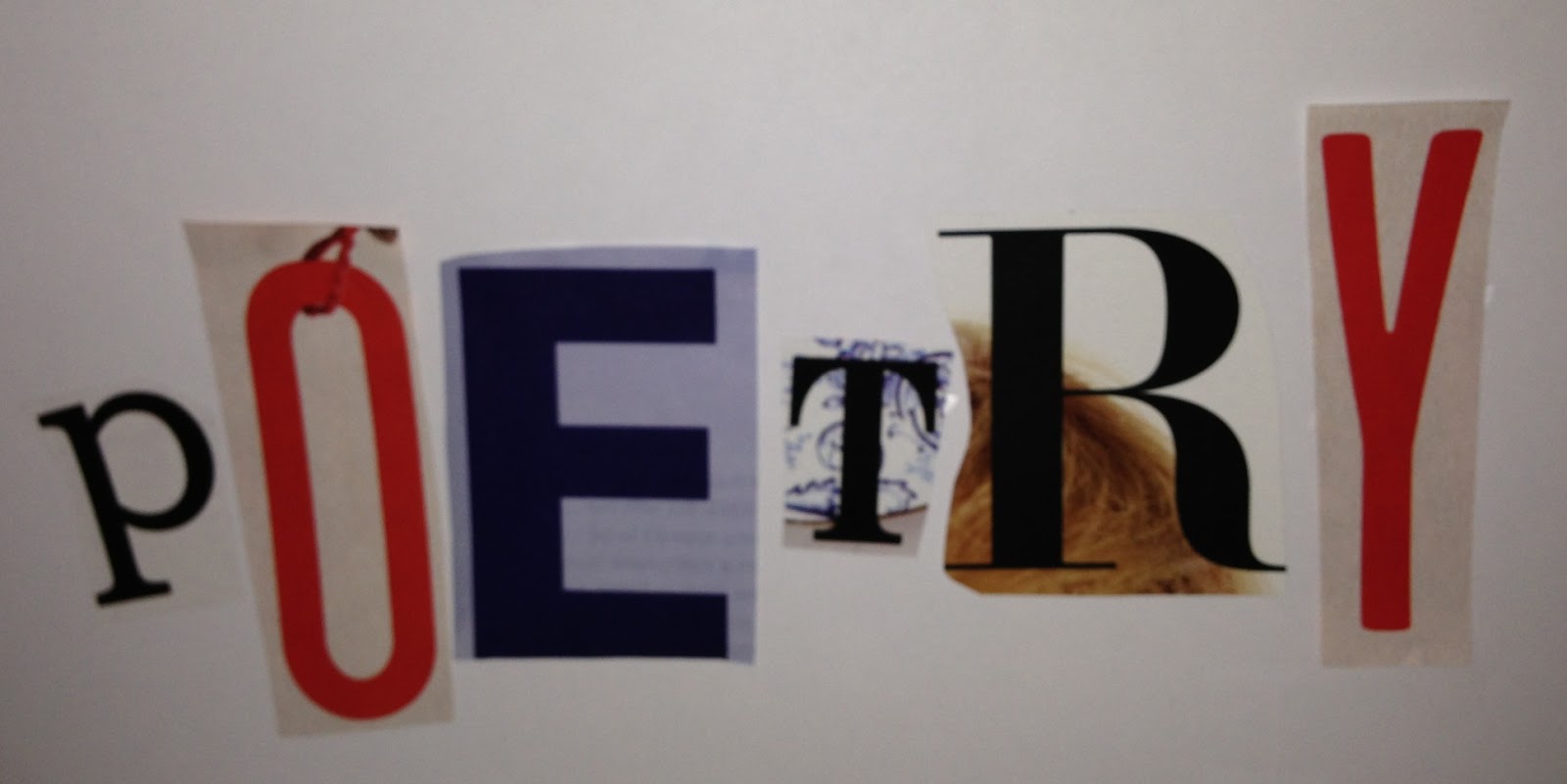 As always, I'm just trying to lay words down on paper.  At the moment I'm working on poems for a memoir. I've been interested in writing a memoir for years.  It's always been one of my favorite genres but I had never thought of tackling one until I took a class that focused on writing what I think of as a hybrid memoir - one composed of poems as well as short vignettes and prose poems.  I've done some research on this and found the term "lyrical memoir" so maybe that's what I can call it.  It had never occurred to me that so many of my poems could be thought of as memoir until starting this project, but when I look at them it makes a lot of sense.  I've just started on this idea, so it feels very young and fragile, but I'm excited by the prospect of nursing this baby along.  It gives me an "assignment" - which is something I enjoy.  I guess it's the teacher in me.  Also, putting it down in black and white – coming out  as it were - makes this work seem more real.  Having announced to the world that I'm doing this means I have to keep going!

How does my work differ from others of its genre?
What a question!  I like to just write what comes to me and see what happens.  I’ve never spent a lot of time reflecting on my work in that way, I think because it would open up all my insecurities and let out that big, bad self-critic.  But if I must answer this, then I would say most obviously my work differs from others because it is mine, because it is written in my voice, from my perspective of the world.  No one else can view the world with my eyes.

My writing has been called simple, clear and gritty.  What I think this means is that I use simple language to create poems people can understand.  I think the gritty means I'm not afraid to put down on paper even my most unflattering thoughts and feelings.  And I do think this makes my work different.  I don't want to hide behind elaborate metaphor or imagery.  I want people to understand what I write, to be able to connect with it.  I want to say plainly what I have to say using simple words in the most poetic way I can. For years I agonized over how simple my language is, but then someone sent me this poem by William Stafford:

THINKING ABOUT BEING CALLED SIMPLE BY A CRITIC
I wanted the plums, but I waited.
The sun went down. The fire
went out. With no lights on
I waited. From the night again—
those words: how stupid I was.
And I closed my eyes to listen.
The words all sank down, deep
and rich. I felt their truth
and began to live them. They were mine
to enjoy. Who but a friend
could give so sternly what the sky
feels for everyone but few learn to
cherish? In the dark with the truth
I began the sentence of my life
and found it so simple there was no way
back into qualifying my thoughts
with irony or anything like that.
I went to the fridge and opened it—
sure enough the light was on.
I reached in and got the plums.

It's become my mantra so whenever I feel insecure about my simplicity, I bring this to mind.

Another aspect that defines my work is a sense of place.  I believe my nomadic early childhood created a need for me to experience deeply whatever place I am, to observe everything around me to keep the memory safe when it came time to leave.  So much of my work is about place, whether it about places of my childhood or my travels.  That's another thing, travel - I am a passionate traveler and always find something to inspire my writing when I am shaken loose from my everyday life to go experience somewhere new.

Why do I write what I do?
Why do any of us write what we do? Because we have to!  I write the words that come to me, sometimes in the night, sometimes as I am walking under wide trees or sailing for the first time.  Sometimes the words come on a bus in Turkey or Thailand.  They come when I am cooking with my mother or watching my niece cut flowers.  I write what I write because the world is so beautiful and so terrible that I have to put into words what I see and hear, taste and touch.  I write because of the ache of love or sadness, the joy of a bird's nest outside my door or grief over a friend's death.  I write because the words come demanding I put them to paper.

How does my writing process work?
For years I feared I had no writing process!  I felt like I was just stumbling along and every once and a while a poem would spring out of me rather like Athena from  Zeus' forehead!  Of course that wasn't really true, but I had so much trouble finding a way to meld writing and my other working life together that I spent a great deal of time struggling.  Being a teacher means talking and giving and draining myself each and every day.  While this can be rewarding, it isn't very conducive to coming home and gathering thoughts to put on paper.

So last year I finally gave in and realized if I was ever going to get any serious, sustained writing done, I would have to overcome my resistance to getting up early.  And since last August I've done that (257 days and counting).  Every morning I get up and perform a little ritual to get me started.  Then I sit down in my chair with a thermos of tea and begin.  I use this time to purge the happenings of the previous day, writing longhand in my journal for as long as it takes for something "writerly" to come up.  I make lists of ideas to work on over the weekend when I have more free time to concentrate.  I dog-ear journal pages that seem promising.  Sometimes I start working on those ideas right away; sometimes I let them stew for a while.  At the end of each journal, I go back through and record any of the ideas still unrealized into a small notebook full of idea “seeds” (a term I got from Tania Pryputniewicz).  Sometimes those seeds sit unplanted for months or years.

I am a big fan of writing to prompts and exercises.  Somehow being given a subject to write on shakes my mind free.  I know many people find exercises scary or boring or confining but I love them.  Maybe that's also why I love to travel so much.  Every day on the road is like one big writing exercise offering up ideas for my pen.

And now it's time to pass the baton to three more talented writers.

The first person on my list is Lisa Lutwyche.  I met Lisa at the AROHO retreat in 201l and then again in 2013.  She is not only a talented writer but also a wonderful artist and teacher.  I have one of her watercolors hanging over my writing desk.  It is of Chimney Rock in Ghost Ranch, and offers me inspiration everyday.

Lisa received her MFA in Creative Writing from Goddard College (in Vermont) in 2013.  She is an Adjunct Professor of English at Cecil College in North East, MD, and is also an instructor in the Fine and Performing Arts department at Cecil.  Poet, playwright, essayist and novelist (at work on two books), her work has been widely published in the US and in the UK.   Her publications include Mad Poets Review, Image and Word, Poppy Fields, Piano Press, Pitkin Review, Falklands War Poetry, Minerva Rising, the cancer poetry project 2, and Fiction Vortex.  She was nominated for a Pushcart Prize in 2000.  Lisa has taught writing workshops at AROHO (A Room of Her Own Foundation, a bi-annual, selective, women's writing retreat at Ghost Ranch in the mountains of New Mexico) in 2011 and in 2013.  She was the recipient of the 2013 AROHO “Shakespeare’s Sister” Fellowship for a one-act play, and has had two short plays produced in Philadelphia.  Lisa’s one-act play, A State of Being, will be produced in Philadelphia in July.

Lisa has been teaching creative writing (and art) at community arts centers for over twenty years.  She has a BFA in Studio Art, a BA in Art History (from Youngstown State University in Ohio); she attended University of the Arts and Pennsylvania Academy of the Fine Arts, and she spent 28 years in architecture and design.

A professional artist, Lisa's work has appeared in magazines and galleries for decades; her artwork will appear on the cover of Undoing Winter, a chapbook (Finishing Line Press) by good friend Shannon Connor Winward. Lisa blogs at logophiliaclisa.

Another AROHO sister is Pamela Helberg.  Pam and I met for the first time last summer at Ghost Ranch.  Her incredible humor and positive presence was so invigorating.  I wish I could write with as much verve as she does.
She received her MA in Creative Writing from Western Washington University where she studied under award-winning novelist Laura Kalpakian. She founded and operated Fremont Place Books in Seattle and taught English composition for many years at Whatcom Community College. Mostly recently she worked in IT before quitting to go back to school for her master's degree in Mental Health Counseling. Her essay “Body Language” appears in Beyond Belief: The Secret Lives of Women in Extreme Religions, Seal Press, 2013.  The mother of two grown daughters, Pam is currently working on her memoir about lesbian parenting in the 1990s and lives with her wife, Nancy, in Bellingham, Washington. She blogs regularly at pamelahelberg.com, most recently as part of the A to Z Challenge.
And last but not least on my list is someone who I have never met in person!   Juliana Lightle is an "cyber-friend" who I met while taking a online blogging course taught by Tania Pryputniewicz through Story Circle Network.  Even though we haven’t met face to face, I have enjoyed reading Juliana’s wonderful blog.  I hope someday to have the opportunity to actually sit down to one of the wonderful meals she is always describing!
Raised on a family farm in Northwestern Missouri, Juliana became a singer, college administrator, corporate manager, racehorse breeder and trainer, management consultant, educator and author.  Her first poem was published in a statewide anthology when she was in high school.  She holds a Ph.D. in counseling from The Ohio State University and an M.A. in high education administration and B.A in English from the University of Rhode Island.  She currently writes, teaches, sings, and raises horses in the Panhandle of Texas.
She is a member of the board of the Story Circle Network, a group dedicated to women telling their stories.  Juliana blogs at writingontherim.
Posted by Unknown at 5:26 PM