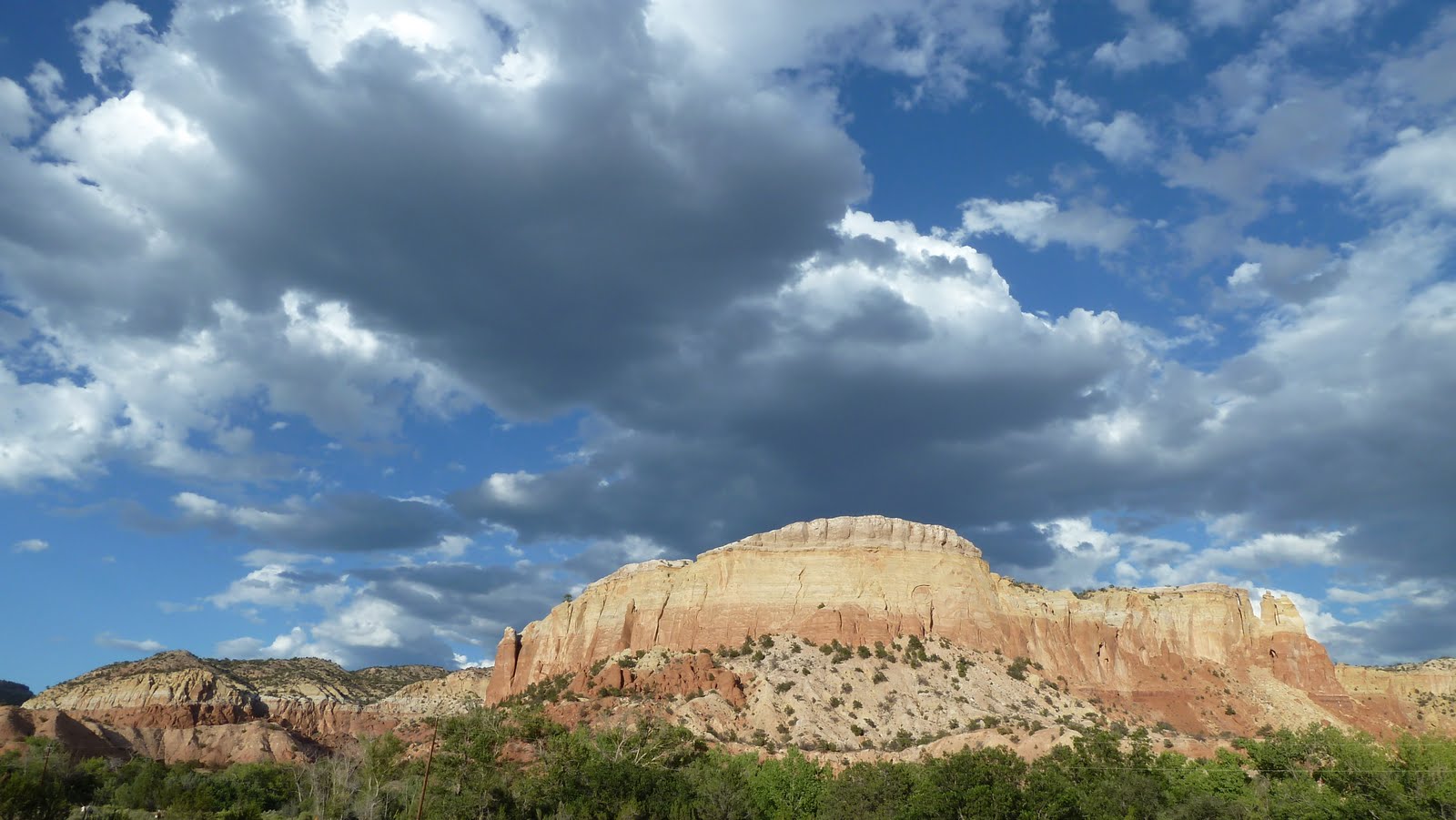 One year ago, I sat in the Albuquerque Airport with my good friend and writing buddy, Barbara Ann Yoder waiting for our flights back to the Bay Area.  We had just finished our second A Room of Her Own Foundation's Writing Retreat, still riding high on the glory of the past week.  We had spent our time among 100 writer women:  writing and talking about writing, reading and listening to others read, reveling in the gorgeous high desert scenery of Ghost Ranch, New Mexico.  How could we keep this all alive when we re-entered our daily lives?

I'd been here before; after the 2011 AROHO retreat I had sat with  Tania Pryputniewicz, another AROHO friend, trying to make a writing plan.  Back then I still thought I could get myself to write after teaching all day. So that year my plan included locking myself in my room when I returned from work each day. I thought I now had enough fortitude to do this.  After all, I've struggled to write after work for years, sometimes successful but mostly not. Could I do it this time? What I worried about came true: the mental and emotional drain of teaching still won out. No amount of "you should", "you can do it" and "you want to this" self-pep talks could make a real difference. Yes, I wrote more consistently after that first retreat, but not every day.

And now a year later I sat facing the same problem. I couldn't - and didn't want - to quit my job. I still felt too overwhelmed to write every day after work. What was left for me to try?  Oh, yes - the dreaded early morning wake up call.

I have always hated the idea of getting up early to write, having resisted the idea that I would ever, ever, ever willingly get up before the sun rose each day. But on August 18, 2013, I made a desperate decision to do just that:  I would get up a half hour earlier each morning to write before going to work.  I was terrified that I couldn't keep it up, but I promised both Barbara and myself that I would at least give it a try. 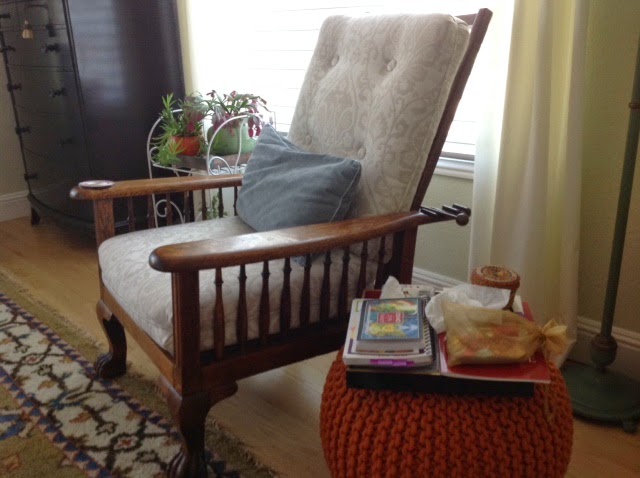 my chair with my notebook.  Since school didn't start until the next day, this was my practice run.  I survived.  I wrote and it felt good.  Now I just had to keep it up.

That was one year ago today. I have gotten up early every single day since then and written.  365 days in a row. The first time in my writing career that not even a cold or late night celebration have kept me from writing. I have even set my alarm for 4 a.m. to write before catching an early morning flight. 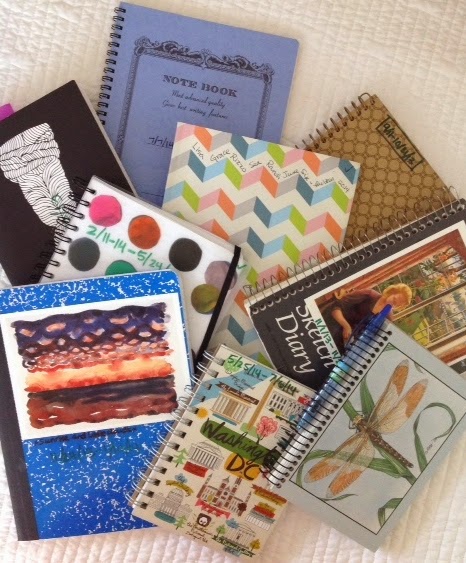 To commemorate this momentous anniversary, I did a little accounting. During the last year I have filled eight notebooks and am half way through a ninth one.   I have used countless pens. To assuage my guilt at adding all those used carcasses to landfill, I found a new type made from recycled soda bottles. Out of all those notebook pages, most, of course, are just filled with gobbledygook that will never see the light of day.  I remind myself that's not the point.

Today summer vacation ended, and I returned to my full-time job for the school year. This morning the alarm rang at 5:40 a.m., and I wrote for a half hour before getting in the shower. And tomorrow I'll do it again.


What works for you? I'd love to hear.

Email ThisBlogThis!Share to TwitterShare to FacebookShare to Pinterest
Labels: A Room of Her Own Foundation, Barbara Ann Yoder, poetry, Tania Pryputniewicz, writing practice